7 Reasons why a child may remain silent about being abused:

1) “Keep this a secret.”  Abusers will direct children to keep the molestation or abuse a secret, sometimes making the child feel guilty or responsible that something bad will happen either to the abuser, the child or the child’s loved ones if the child “tells.” Children, especially younger ones, want to “behave” and “follow the rules,” so if they are told to keep a secret, they often do their best to oblige.

2) Threats: Predators often threaten to harm a child or even someone a child loves like mom, dad or a sibling. Thinking they are protecting their families, they remain silent and go along with the abuse. Threats can also be made against a child’s pets. In fact, in the course of abuse investigations, children are often asked about how family members or friends treat their pets, as animals are often used as leverage or even tools to manipulate children in the course of abuse.

3) Fear: Sometimes kids are just flat-out scared or intimidated by the person abusing them. They may fear further retribution or more severe “punishment” from their abuser if someone finds out.

4) Love: Given that such a large percentage of children know their abusers, children often love the person harming them, be it a parent, sibling, another relative, boyfriend or girlfriend. They may know what’s happening is wrong, but will try to protect their abuser and keep quiet because they love them. Another example of love is when a child tries to protect the feelings of someone else. There are countless cases where a mother’s boyfriend sexually abuses a child, and the child remains silent so that mom won’t be sad.

5) “No one will believe you” is an all-too-common seed planted into a child’s head by an abuser. Children are led to believe that even if they tried to talk about the abuse, people around them would think they are lying for one reason or another.

6) “It’s all YOUR fault” is another common blame-game perpetrators will play with children. They will lead kids to believe the abuse happened because of something the children did or didn’t do. In turn, kids often remain silent because they feel they caused the abuse. They may also fear to get in trouble if they believe they are at fault, so will keep abuse to themselves.

7) Grooming: sexual predators often “groom” children for abuse. They will test the waters and progressively become more sexual in their interactions with targeted children. Depending on the age or development of a child, the child may not know the predator’s actions are wrong. In fact, if grooming begins at a young age, this behavior may be all the child knows, so he/she views it as “normal.”

If you believe a child is in immediate danger, please call 911 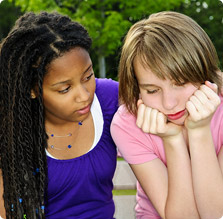 Do You Suspect Abuse?

You suspect a child is being abused. What should you do next? 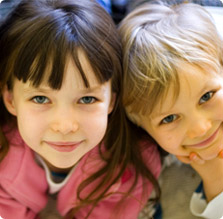 Please help us continue to support families and prevent child abuse with a Donation. 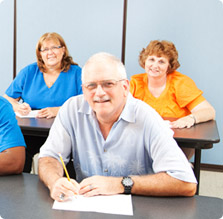