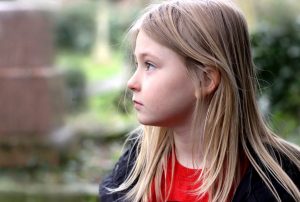 When trying to identify child abuse or maltreatment, it is important to note that no one sign or symptom will automatically tell us that a child is being harmed. Abuse and maltreatment represent very complicated dynamics and often have many layers to it including, shame, guilt or fear. As well-informed adults who care for the wellbeing of all children, it is our responsibility to to pay attention to behaviors, signs or stories that do not make sense.

If you suspect a child is suffering from abuse or neglect, it’s important to speak out. Trust your instinct, even if you are not sure. By catching the problem as early as possible, both the child and the abuser can get the help they need.

Neglect is a pattern of failing to provide for a child’s basic needs, which include adequate food, safe shelter, or supervision. Neglect is not always easy to spot; sometimes a caregiver might become physically or mentally unable to care for a child, such as in cases of serious illness or injury or other times, substance misuse may seriously impair judgment and the ability to keep a child safe. Some warning signs of neglect include:

When a person intentionally causes harms to a child verbally, physically or sexually. Abusive behavior comes in many forms, but the common denominator is the negative emotional impact on the child.

Contrary to some people’s beliefs, words can hurt and emotional abuse can severely damage a child’s mental health or social development. Examples of emotional abuse include:

Child sexual abuse is an especially complicated form of abuse because abusers use various forms of manipulation to trick children into not disclosing. It is also important to recognize that sexual abuse does not always involve body contact. Exposing a child to sexual situations or material is sexually abusive, whether or not touching is involved. Sexual abuse also includes sexual assault and commercial sex trafficking.
Nationally, 1 in 10 children will be sexually abused before their 18th birthday. Some warning signs of sexual abuse in children include: